You say when I’m depressed, I just listen to music
Sounds and frequencies are my addiction and I abuse it
How should I explain this? I like the melodies and cadence
Chords, verses, the chorus, and notation
This is facts, it’s a bunch of distraction
Like damn…
I hope you understand

I thought about the explanations you said the other day
And they just stuck with me until the next and another day
This is a modest apology to the girls who I fell out with
To the other girls who I didn’t have the guts to go out with
Not seeing the best version of me, always invested in being perfect
Going through the motions without goals or a purpose
Never letting go or forgiving myself
My expectations were too high, I was reaching for the top shelf
To my friends who told me I had a gift with the pen
And the fork on the roads I didn’t take and instead, took dead ends
I’m truly sorry, I mean it!

Thank you to all my followers! It’s a pleasure writing for you all. I promise more content. Stay tuned!

Not gonna front today now
But I think of you when ’80s music plays loud
Spotify got me in a different mindset
Back in 2010, a time I won’t forget
Ironically, the time that we met
I was in a declining mood, but you lifted it
So thank you, miss, I appreciate it
Believe that I mean it

“It’s 4 AM and I can’t sleep
And when I can’t sleep, I don’t dream
And when I don’t dream, I lose my mind
And when I lose my mind, I’m at a loss for time
Out of the window, I stare at the moon
And question if it’s the same moon you stare at, too
Insomnia makes my mind all pensive and antsy
While I view through the looking glass until I can’t see
I glance at the girl of my dreams, at least I believe it’s her
But she disappears and turns invisible like Chesire
I have to add that I’m becoming as mad as a hatter
Scattered thoughts on the ground and I attempt to gather
I’m wandering with Alice in a land full of wonder
Going down a rabbit hole while I wish for slumber
Going down a hole, another
Going down a hole, another
This must be a dream within a dream
Inception got me believing
They say I’m woke, but no
I’m still sleeping… Zzzzz”

“There’s no debate, you’ve got expensive tastes
I just wait until my pensive thoughts elevate
To better times, so I can deliver cohesive lines
To further my underlying advances ’til she is mine
Not like that she’s a game prize, rather she’s the apple of my eye
The core reason why I wake up smiling in the morning
My favorite place on Earth? Why, it’s close by you, of course!”

– S O L A C E for the Melancholy Soul

The maid cafe (Arcane Cafe) was probably the highlight of Anime Impulse 2016. Arcane Cafe has the cutest maids this west side of Mississippi (Just kidding, I can’t claim that for sure, that should be their hook though). There were 4 people hanging out with a maid. It was a chill environment. The food and drink was pretty good. I had strawberry cake, a latte, and Bawls energy drink.

After playing, we sang “Hotline Bling” by Drake to another table. Their reaction was awesome, haha. Then we played Counter-Strike (I’m not very good at this game) and League of Legends (ARAM mode) on their latest gaming computers.

All in all, I made friends (the party). If you were thinking of going to a maid cafe, I’d recommend it. It was a blast! 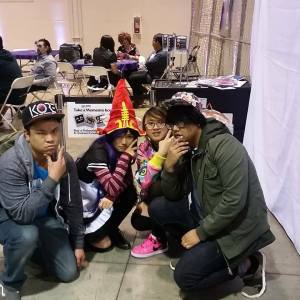 Whether it’s League of Legends, Fortnite, Overwatch, Player’s Unknown, Call of Duty, or some type of fighting game, I can help you get out of a slump! c: 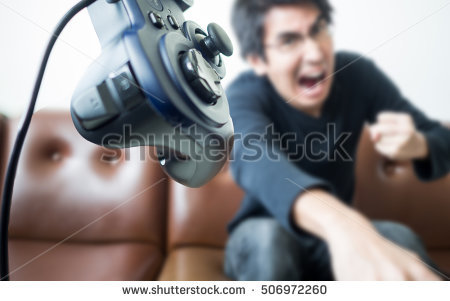 What exactly does “tilt” mean? Tilt was originally a poker term for being in an “overly emotional state where you make less than optimal decisions.” This can be cause by bad beats (poker hands you thought you were about to win, but got outplayed in the end) or failing a bluff. Nowadays, it can be applied to anything competitive against people.

Keep keeping on, Gamers! I’m rooting for you guys. 😀

The Poetry of Photography

I'd Rather Be Geeking!

{The Personal Impact of Anime On Our Lives}

Being a geek from another point of view

Why should you watch that?

I Watched an Anime

My Personal Reviews on Anime

Anime Reviews and Suggestions blog for your Entertainment